The Spice in Your Writing 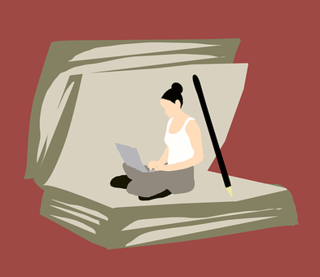 The details you use to ground your writing are like the spices you sprinkle on your food. They give it life and make it uniquely your own. When I cook petrale sole it’s too bland unless I splash ginger powder, garlic, and red pepper into the pan. Sometime I sauté a green onion, or add a cardamom pod. With all this seasoning, the dish has flavor and everyone wants seconds.


Stories are like that, too. They need the spice of details and specificity to bring out the flavors and jolt them to life.


As Willa Cather once wrote, “There are only two or three human stories, and they go on repeating themselves as if they had never happened before.” How can you make readers want to spend hours exploring your version of these classic tales?

Let’s say you have a girl-meets-girl story (and in this you’ve already subverted the traditional subject, giving it a new twist). But how can you help the reader care about the protagonist, root for her to get her girl? Details. The more you show us the lanky, awkward, tongue-tied heroine who meets a gap-toothed, brown-eyed woman on her first day as a teacher, the more we will care.


Imagine that twenty-eight year-old Harriet, the shy one, glimpses Ayanna striding into an adjoining classroom moments before the first bell rings. Such confidence Ayanna exudes, palpable merely from that ten-second sighting! Who is she? In the teachers’ lounge at lunch, the self-conscious Harriet, using her long red hair as a cover, watches Ayanna from the corners of her half-closed eyes, puffy from a hay fever attack. She hadn’t realized this Iowa school was located next to a hayfield, and now, in late August, she can barely breathe. Pollen so thick she can see it, swirls in the air. Ayanna, poised and sparkling, darts from teacher to teacher until she stops in front of Harriet, who’s embarrassed by her swollen eyes and the sweat drenching the underarms of her new white blouse. Surprisingly, Ayanna, smelling of lavender, leans over and whispers, “Don’t worry, it gets better from here. Day One is always the worst.” And she winks.


Or let’s say you want to tell another of the classic stories: a stranger comes to town. Who is she, why has she come, and how will she disrupt the established order? Show us this heavy, middle-aged woman with a stylishly short haircut, scarlet lipstick thickly applied, and two pieces of luggage, who arrives in Atlanta late one hot, humid summer afternoon. She steps boldly from the train, but her eyes betray a definite fear when she asks directions of another passenger, a frail older man disembarking at the same time. As the train chugs noisily out of the station, she accosts him. “Can you tell me how to get to the Ambassador Hotel?” He hears an accent, but can’t place it. Iranian, or Iraqi? A scholar of Middle Eastern culture, he’s curious, but is afraid she might be offended if he were to ask. Instead, he suggests a taxi, “Or Uber?” to which she shakes her head, “No.”


“Let me show you to the hotel,” he offers. “Just four or five blocks.” But when he reaches for one of her shiny red plastic suitcases, she glares, one eyelid drooping, and holds onto the handle with a steely grip. Still she says, “Yes, thank you,” and the two set off together, he with a limp, she as if she’s marching to an invisible band.


What will happen after they pass a rubble-strewn lot, she trips on a crack in the pavement, and croaks, “This can’t be the way”? Where is he taking her, and why did she travel to Atlanta? Don’t you wonder what will come of these two characters?