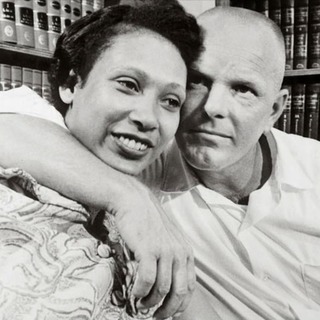 THIS ESSAY FIRST APPEARED IN THE LOS ANGELES TIMES ON JUNE 6, 2021

After three years of marriage, my writer husband Julius Lester and I had worked out a good arrangement: He wrote in our grimy New York apartment, taught a few guitar students and cared for baby Rosa while I attended City College graduate school. My fellowship funded it all.

But late one January night he stood in our kitchen, stirring diapers boiling on the stove, and told me he'd decided to move South. He wanted to be a cultural worker for the Student Non-Violent Coordinating Committee. I looked at him in disbelief.

"We said we'd never be apart," I told him while I rocked Rosa, asleep in her carriage.

When he said he had to go, I responded "Take me with you." Our baby could come too.

But he said he couldn't take a white wife. It was too dangerous. We might be arrested or killed. For him, the South was home. I would be a tourist. He said it was his revolutionary duty. "I'm called to go," he said. "By myself." Read More