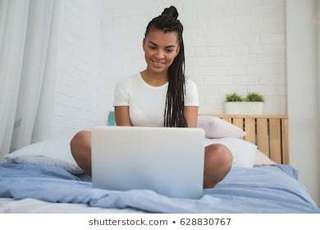 Yes, I smile like this too when I get a satisfying ending in my essay or book.

Recently I was outraged after I finished the last pages of a novel I’d loved. “What?” I railed. “How could the author abandon one of the two main characters, let her disappear so completely I’ve no idea of her fate. Give me a hint. One sentence, please!” We do get a scene of her husband after the family’s deportation, as he approaches the ancestral village, anticipating the luxury their U.S. dollars will afford. But his wife had ambitions for a career. What will become of her, buried in her rural, traditional home? Does she harbor thoughts of escape or is she resigned to entombment? Perhaps the author meant to suggest the woman’s looming erasure by rendering her invisible in these final pages.
My sense of injury was especially grave because I’d so admired the writing. “This is a stunning book,” I was telling friends. “I’m learning to stretch out scenes with details that create tension. I can feel the sweat on the man’s back when he applies for the job. Without papers.” A contemporary immigrant story, both the content and skill fascinated me--until those final pages.
What happened?
As important as beginnings are in setting theme and tone, endings are even more critical. A good ending is like a soufflé: subtle, tasty, and when done well, miraculous. Yes, the reader nods as she reads the last paragraph. It feels inevitable, yet not predictable.
By contrast, a disappointing denouement can sour readers on an entire book or essay, squandering the good will its author generated. A great book with an unsatisfactory ending feels like betrayal, because obviously the author can write. We anticipate a poor ending in a mediocre book, but finding it in a great one leaves us feeling let-down, rather than lifted.
In another book I recently read, an “autobiographical novel,” the final pages show the fifteen-year-old protagonist tossed from home by a brutal stepmother, fleeing with a bit of hard-earned money and one bag. “She was still scared, but she felt light-headed and gay, the way Papa did when he was going away from home,” the author writes. The last poignant scene on the train out of town, when the girl writes her name in the windowpane’s fog, is exactly right. She left her mark.
I closed the book wistfully, wishing her father had seen the cruel treatment, but he’d always been self-centered. Too invested in his new wife’s social status. This was the girl’s only route to survival and I was glad she took it.
In short, I’m left satisfied. The protagonist arrives at the end of her own accord, in keeping with her character. I’ve watched something shift inside her; the final action provides an ineffable sigh. Ah, so this was where we were headed. I’m surprised but it feels right, and I can easily imagine she will land on her feet.
Fulfilling endings provide a sense of resolution, for better or worse, with an inkling of the protagonists’ futures. Major characters do not disappear, unless that’s part of the plot. The closing action makes sense, given what has already transpired. New characters do not suddenly appear to save the day or tie up loose ends. The entire text wasn’t a dream, after all. The ending isn’t predictable, or impossible. And we aren’t left with a cliffhanger.
Last sentences or pages provide a closure, hard to quantify but easy to feel, either as writer or reader. Like Supreme Court Justice Potter Stewart’s famous definition of pornography, “I know it when I see it,” we’re aware of a sense of completion.
Convincing finales, even in short essays, may take weeks, if not months, to write. If you can’t find one, the problem may be a lack of clarity about your intentions. Ask yourself, “What is my major subtext, or point?” Once you can answer that, a fulfilling close, given time, should flow organically and puff up like a good soufflé. Savory or sweet, you get to decide. But rise to the occasion your ending must, so readers finish the last bite satisfied, convinced by your deft touch that this was the only possible finish.