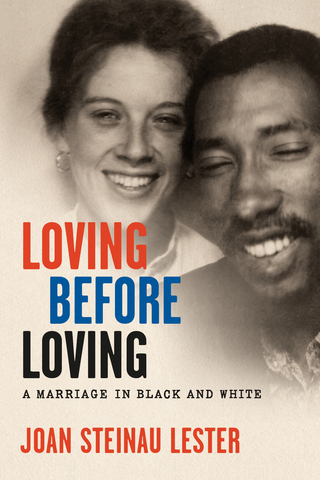 Cover of my 6th book, a memoir

When people ask me what do you do, for the last twenty-five years I've answered, "I'm a writer." Sometimes I add, "An author."

I've learned to define myself in a powerful tone because so many people have odd assumptions about a woman writer. Several years ago, for instance, a chipper young teller at the bank window asked me, "What are you doing today?"

Eager to get moving, I replied somewhat crisply, "I'm writing. Like I do every day. I'm a writer."

"Oh, how nice," she said, with syrup in her voice. "It gives you something to fill your time."

"Fill my time? I have plenty to do. Writing is my passion. It's a career," I fumed.

Clearly unaware of the nerve she had touched the teller repeated, "How nice for you," before she began the transaction.

Other strangers comment, "You must be so disciplined. I hate writing," indicating they assume I'm forcing myself into an unpleasant activity.

But it's not like that. Writing is my passion, my treat. The days when I get to compose sentences, let my mind run loose and my fingers dance on the keyboard, are among my happiest. Perhaps it's because I waited so long to have this chance, to truly find my voice and my form.

Like many women I raised children while working, often with two jobs, and in addition engaged with my community and attended night school, first completing my bachelor's degree and continuing on in graduate school. I did snatch midnight hours to write, mostly poetry and philosophical musings.

Tucking these furious notes deep into the back of my desk, I thought about all the women in history—herstory—who stole moments while laundry dried on the line and babies napped, women hiding manuscripts in shoeboxes. I felt part of a long subversive trail, leaving crumbs for other women to find.

It took decades to find a style that fit me perfectly: the personal essay. My form wouldn't be feminist poetry or academic discourse, although I flourished in a doctoral program, but accessible essays serving equality. I had published newspaper essays on child-centered education in my 20s, but by my 30s I unashamedly used the "I" viewpoint to tell a personal/political story.

Using writing as a tool of activism came naturally, meshing my two great passions. The era encouraged the form. In the 1970s, with the explosion of women's magazines and papers, our stories began to see widespread print. This, after all, was the device we had used in consciousness-raising groups. I had needed those years, with nightly writing sharpening my skill, to claim the form.

But above all were writers like Adrienne Rich and Ntozake Shange, whose choreopoem For Colored Girls Who Have Considered Suicide / When the Rainbow Is Enuf had electrified Broadway. They, along with James Baldwin, Audre Lorde, Muriel Rukeyser, Grace Paley, Vivian Gornick, and others I absorbed like water, had abandoned the supposed objectivity of the white male author's omniscient viewpoint. When these older white men wrote of pain, it had come detached from social life: a lost love (Auden) or a fleeting moment of beauty (Shelley and Keats).

Now all these new writers, mostly women, focused on a first-person voice embedded in their times, "gaining access to their emotional as well as political lives on the page," as the poet Claudia Rankin would later introduce Adrienne Rich's Collected Poems 1950–2012. The disembodied voices of earlier generations of essayists and poets gave way to a storm of outrage: children napalmed, Black bodies brutalized, women denied agency in every area of our lives. The writer engaged herself. Nothing happened "out there."

By the late '70s these women had created a new literary landscape, one that invited me to participate. Rich wrote in "Diving into the Wreck": "The words are purposes. / The words are maps." This was an urgent art. "Art means nothing if it simply decorates the dinner table of power which holds it hostage." Rich, with the others, dared us to take ourselves seriously, create new language that could forge a path out of our wilderness.

They created an opening I ran through. Living in the heart of a vibrant women's community, I was ready to write my way into my own voice, which was emerging in tandem with its subject: people of color and women on the rise.

I began to publish my personal essays in local women's journals, national underground papers, and eventually mainstream media. Time after time, my pieces got reprinted, generating so much interest that eventually a publisher wanted to collect them in a book.

So when people tell me how sweet it is that I have "something to fill my time," I shake inside, wanting to scream, "Would you tell Albert Einstein how nice it is that he can jot down a little math, or physics, to fill his obviously lonely, empty hours? No? Well then, don't say it to me."

But I don't. Instead I smile and repeat, "It's a career," hoping to impart some sense of the serious work a woman is capable of.

Especially if she's a writer.