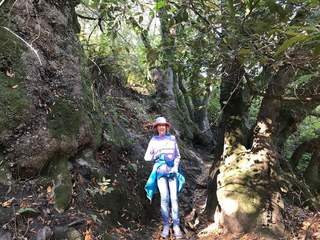 “The opening sentence should be like an arrow shot from a bow: it will shoot through the entire text.” The late biographer Henry Mayer, a generous man, once gave me this advice. I’d approached him after a reading for his biography of abolitionist William Lloyd Garrison, and when I asked him a question he offered to meet me for coffee.

Just beginning my own biography of civil rights icon Eleanor Holmes Norton, I was floundering, awash in data. Already I’d interviewed a dozen of her colleagues and family, pored through dusty boxes of newspaper clippings and legal briefs. “How do I organize it?” I moaned when we met at Café Roma, sitting in the back room away from the noise of Berkeley’s Ashby Avenue. “She’s done so much. The book could be about civil rights or the disenfranchisement of Washington, D.C.’s citizens. Or sexual harassment law, which she pioneered. Or constitutional law, which she teaches. Or being a woman, a black woman in a white male political world. Or her voting rights advocacy in Mississippi with Fannie Lou Hamer. Or her ACLU career, arguing free speech before the Supreme Court.”

I was so confused I wondered if I could complete the project, despite a generous book contract.

“Choose one theme,” Henry counseled. “Be strict with it. You can mention other topics but everything must fold into that central theme. Use it to decide what to include, what to exclude.”

I nodded and found that, once I selected Eleanor Holmes Norton’s civil rights activism as my subject, everything else fell into place. With that central idea clearly in mind, I could bring in all her other struggles and achievements, always relating them to the central motivator: achieving civil rights for “her people,” however inclusively she defined them in any given context.

I opened Fire In My Soul with two sentences about Eleanor Holmes Norton’s great-grandfather’s fugitive arrival in Washington, D.C., setting the tone and topic for the entire biography. “The city into which Richard Holmes stepped was a city of contradictions. In the heart of world democracy, human slavery was legal.”

To reinforce my theme, I named my four book sections with phrases from the “Negro National Anthem.”

Lift Every Voice and Sing

Full Of The Faith That The Dark Past Has Taught Us

Full Of The Hope That The Present Has Brought Us

Let Us March On; and Till Victory Is Won.

Conceptualizing an opening sentence as an arrow shot through the text applies equally well to all forms of writing, from book to blog. Clarity about a central motif is key to the success of any project.

Once I’ve discovered a theme I ask myself as I proceed how well I’m honing in on it. Currently I’m revising a memoir structred around my marriages (the first to an extraodinary African American man, a writer; the current one, lasting thirty-eight years so far, to a remarkable white woman). The subtext is my long journey to claim myself as a writer. Last year I labored for months over three gorgeous early chapters, polishing each sentence, each word, until they fairly sang. Yesterday, nearly weeping, I cut them all: too peripheral to the central subject.

Now, after my strong opening chapter I jump directly to what had been chapter four, reinserting a few bits and pieces of that discarded material as flashbacks. Even those, in the end, may have to go or be further pruned. I’ll know when I read the new version aloud.

Meanwhile I’m following the path of that opening arrow, which shows me the line to a strong narrative arc, just like the arc a real arrow makes when shot from the bow. Thank you, Henry Mayer, wherever your spirit resides, and long may your wise words endure.

Awesome, Joan. Thanks. Helpful as I’m revising my own writing.

Very important blog! Focusing on one theme is so hard yet so important for writers and readers alike.