WHY DEFUND THE POLICE? (A STORY) 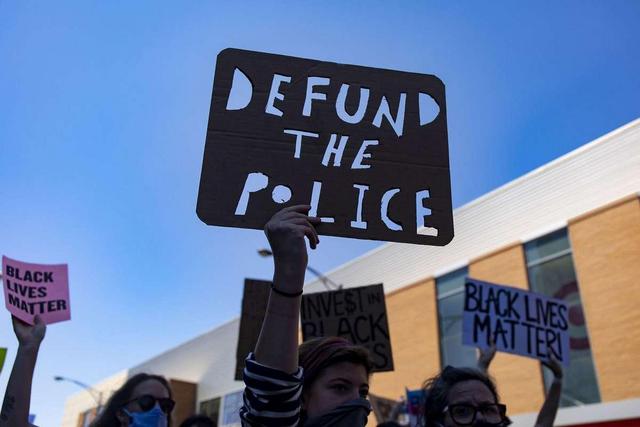 On my drive into Berkeley's Tilden Park recently, I saw a white man of about sixty—twenty years my junior—standing by a black car. I paused to see if he needed help. He made a small hand gesture, which I took as a "go on" wave so I continued. But fifty feet later, troubled, I decided the gesture had been ambiguous. Brought up by parents who always stopped for strangers, I flashed my blinkers and reversed.

Rolling down my window, I asked, "Are you okay?"

"Don't try to qualify me." He stared angrily.

"Do you need anything, are you all right?"

"Don't be so hostile. I was just trying to help you."

"You're the one who's not okay!" he screamed, waving his arms, shouting words I was too shocked to take in. "Get out of here!" He lunged.

"Okay, I will," I said and rolled down the hill for my morning hike.

But my heart raced. Tears sprouted. The society is really unraveling, I thought. This isn't how the social compact is supposed to work, where people have compassion and try to help each other.

I considered calling police, because the man was clearly not well, but imagined how quickly that interaction could devolve. If an officer asked, "Do you need help?" and he reacted as belligerently as he had with me, the cop would likely arrest him. Maybe violently. Even with white skin, he wouldn't be safe. Isn't there a mental health officer in Berkeley, I wondered?

Too upset to start my usual meditative walk, I slipped on my mask and stopped the first person I saw in the park. "Can I tell you something scary that just happened to me?" She edged away, either from physical distancing concerns or fear I might be unbalanced, but after I finished she urged me to alert someone. Without my cell phone I couldn't do it then, so focused on calming myself and savoring the peaceful paths I'd come to enjoy.

An hour and a half later when I drove back the black car remained. At first it looked empty, but when I pulled alongside I saw the man slumped in the driver's seat.

The main city number simply asked for a message. I told the story on voicemail, saying I didn't want police, but hoped we had a mental health professional who might see about an agitated man. "What if someone else stops to help and he assaults them?" I asked, wondering if simply screaming at a Good Samaritan would be grounds to check on him. And with so much money going for COVID, did we have trained people?

The demand to Defund Police already made sense to me because of systemic racism, but this made it crystal clear that in most situations where we reflexively call police—disturbed-appearing man in public; or schizophrenic teen terrifying his parents (as my nephew did)—what we need instead is a mental health crisis line.

Within an hour I received a response from a city worker and learned that in Berkeley we do have a mental health triage team. "Wonderful," I said.

"But it only operates on certain days," he added. "Because we don't have the funding for more." Still, he gave me the number and again I left a message, making it clear that I was concerned for the man's well being and that of others who might encounter him. Once more I received a callback, referring me to the mobile crisis team (but not available that day). If only we had the money to support it full time!